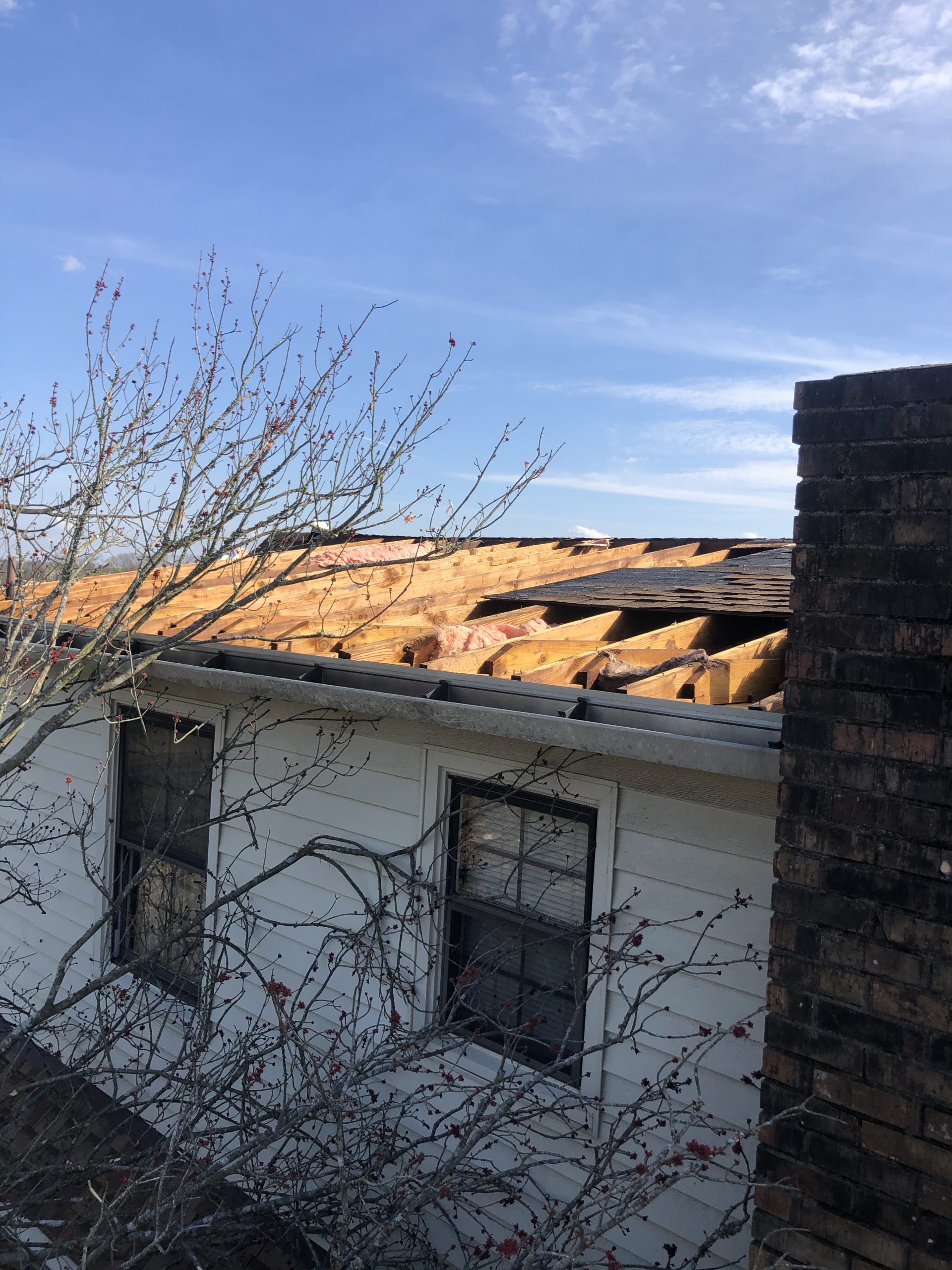 March 2nd and 3rd will be a day Tennessee will never forget. Most have come to know it as the Nashville tornado. Right next to the ads for Best dog breed and Pain relief creams you can find a sentence mentioning East Nashville, Donelson, and Mt. Juliet TN.

According to the National Weather service, this tornado was in fact an EF 3. FEMA states that an EF 3 tornado has wind speeds estimated between 136 and 165 miles per hour.

This will be the story of three homes, three people, three recoveries, and one small company. I intend to keep adding to this post as we go along and as we move through the coming weeks. We will tell you about our struggles and the contractor network we are using to get this job done. We will share with you our victories and defeats. We will tell you how the city has reacted to this and how they are handling our homes.

I am Larry DeRossett. I run a small home improvement company called DeRo Renovations, LLC. My son Jax is my right hand man, and he is coming along really well for only being 22 years old. Our mission is for our family to help your family wherever we are able to. It’s more than just a euphoric feeling, you see, its more closely related to Romans 12. Wherever we see a need and are able to help, we try to do what we can. That takes on as many forms as there are people walking this earth. These stories will be told by me, but of course edited by my lovely assistant Kay Kay. Pictures will be from various sources. We will give credit where credit is due.

A huge tree was on the screen room roof.  This tree was massive, as it took up most of the back yard. It was laying on the roof, and a smaller tree was on the house as well. We cut the trees off the roofs so that we could tarp them. On the second house, we found that Dave, the homeowner, had lost some of his roof. It was a low slope roof (almost flat) on the second story of the house, so no one even knew the part of it was missing. I was shocked when I figured it out.

At times like this, every house in the neighborhood needs to be tarped.  For as far as the eye can see, there are damaged houses, some still standing, some not. Again, they all needed a tarp of some sort,  and we had rain forecasted for the next several days. It is at times like this that we feel a real sense of responsibility to do what we must to get these folks some protection, however minimal it may be, from the rain.

We pounded the nails from the missing sheeting that the tornado ripped off and added a blue tarp to the roof. Can you imagine this? Your roof has a hole in it the size of a full sized pick up truck. Your pictures, heirlooms, precious memories, furniture, and entire house of content from the last 30 years are at stake. Your late wife’s belongings and the sights and smells that remind you of where you spent your life together are in the house. She’s gone and the things that remind you of her are in danger! So we tarp using emergency, temporary tarps so that we can offer some protection from the rain for this week. We do what we can. However,  our efforts are so minuscule compared to Mother Nature’s destruction that it’s laughable.

Robert and Nancy were driving home from a trip they had been on when they received the call. The voice on the other end of the phone inquired about their well being. There was a tornado, the voice said, and it was bad. It was even worse in their neighborhood. Prayers were pouring out, and the phone was quite busy the entire way home. They received many calls and had many conversations along the way. They arrived home late in the afternoon to find a dire situation.

Jax and I were tarping Dave’s roof next door to Robert’s home, and Robert spoke to me while we were on Dave’s roof. He told us that he liked the fact that we came with a team and that we were asking if we could help them in any way. Toshya, my fiancé, was with us ,with her daughter Cass in tow. These girls have been given a servant’s heart, and I have no doubt that it is a spiritual gift. They just care about the matters of the heart. We all know people like this and these girls live this way, always giving, always praying, always asking for the needs of others. It make my heart swell up three times over.

I came down off the roof as the boys finished tarping Dave’s roof, and met Robert and Nancy. With a lifetime of concern on their face, they expressed to me that they wanted their roof tarped as well. I told them they had a tree on their house and we needed to get it off so that I could tarp it. It was the end of the day, I was worn out, and the City of Mt. Juliet was issuing a curfew for everyone to clear the neighborhood by 6 PM. I told them I would be over first thing in the morning to get working on it for them. With a handshake, we departed.

Next Post Natural Disasters and Those That Serve
Menu