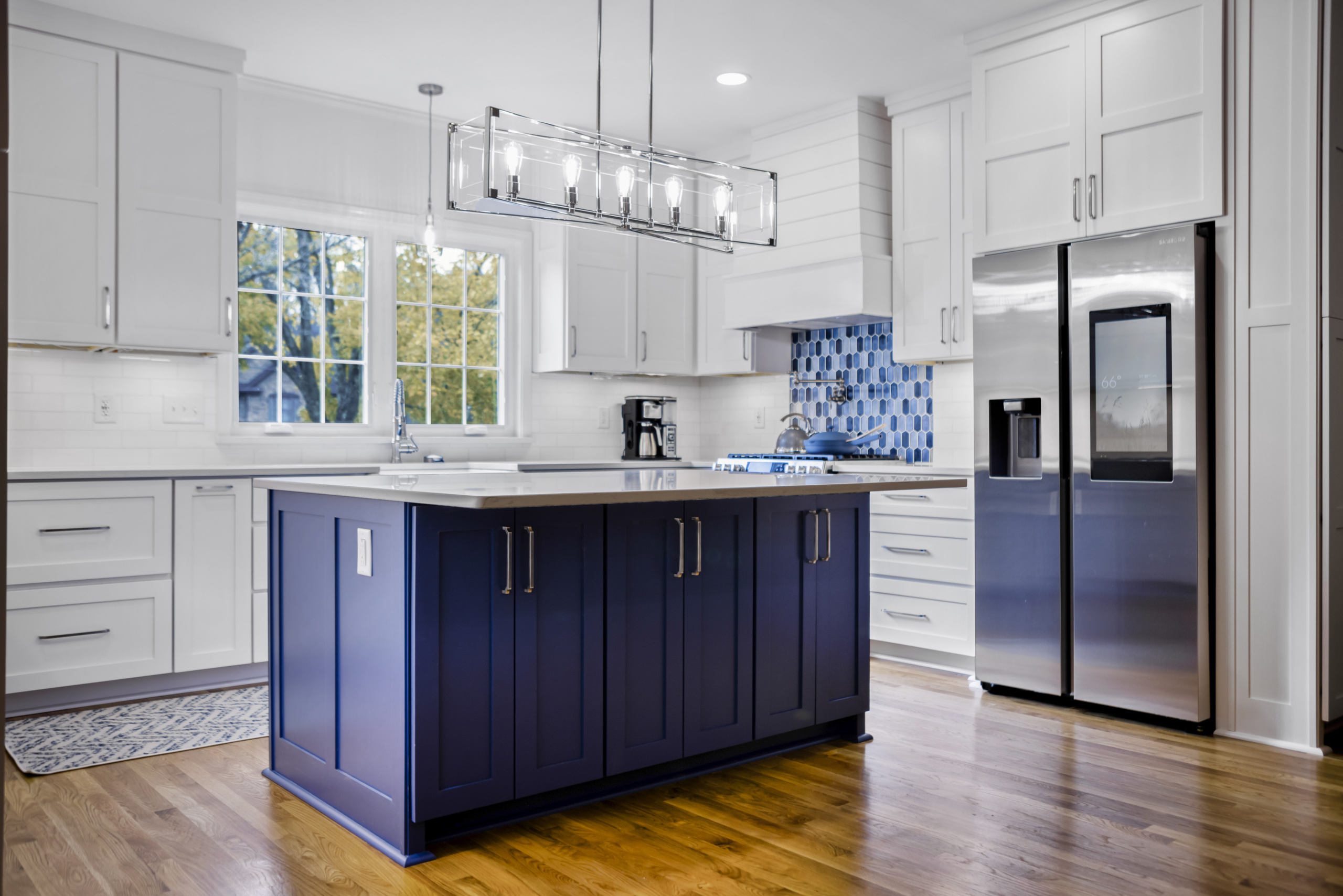 A Changing Home for a Changing Family: Raney Remodel

Tanya and Paul Raney are no strangers to home renovations. The couple bought their house in 1996, and have raised their family there over the last 25 years. However, when they bought their home, it was quite different – it was only a couple years old and practically a new house when they moved in. Over the years they’ve made significant changes. Tanya says it’s practically a different house from the one they bought and over the years they have done a LOT to the house including adding on and changing things. Now, with all of their children grown and moved out, it was time to make yet another change. About a year ago, the Raneys decided to look at selling their home and downsizing with a house closer to downtown, but after some searching (and seeing firsthand just how volatile and fast-paced today’s real estate market is), they ultimately decided to remodel their home to make it the perfect fit for their latest stage in life. And change it they certainly did!

The Raney remodel was no small job. Paul and Tanya knew what they wanted- to relocate their kitchen and open up the main floor living area- a task which entailed rerouting water lines, removing load bearing walls, and placing 3 pairs of giant beams into the ceiling framing design. It was a massive job, but Larry and his team were up for the endeavor, and Tanya notes that Larry was calm and reassuring about DeRo’s ability to do the complex renovation.

Like all projects, it began with a plan. Tanya and Paul had a good sense of what they wanted and DeRo had the tools to make it happen. Larry approached the planning with great detail and utilized a technology called AutoCad  to produce a computer aided drawing  of their home and draw out the space with precision. In the application, he could remove walls and demonstrate what the new space would be like. Tanya says this was a “huge step” and made them realize how real the project was.

To kick off the project, the DeRo team began by dealing with the removal of the load bearing wall. To compensate for the lost wall the team had to place a pair of 24 inch tall laminated veneer lumber (LVL) beams in the ceiling, spanning across the kitchen to replace decorative supporting columns that were being removed.  A pair of 20 inch LVL beams were placed, spanning the area between the dining room and living room where another supporting wall had stood. Finally a pair of 18 inch LVL beams were placed, spanning the new living room where the last supporting wall had stood. To make things even more complicated all the beams were tied together with an engineered steel connecting plate the DeRo team fabricated (with help from an engineer that helped to design and build the Batman building in downtown Nashville!). Tanya said the DeRo team dealt with this well and that “they did it without a hitch”.

After that was addressed, the DeRo team went to work on the other components of the Reno. Water was rerouted to the new kitchen space. They did electrical work and updated the lighting. They put in new drywall and installed hardwood floors. Other tasks included creating a custom built in entertainment wall in the living space, installing granite/marble countertops, putting in new cabinets, and finishing with painting and new tile. Overall, the project took around 18 weeks, and for the most part was speedbump free. With tons of work to do and overlapping pieces to juggle, the DeRo team managed to finish right on time with the projected deadline- just before Thanksgiving!

Kitchen remodels are particularly special because there are so many unique elements to select and customize. In this remodel, the Raney’s must-haves included a large kitchen island with seating, a farmhouse sink in front of the windows, and a kitchen storage closet. While some details (like whether to have a small sink in the island or have a pot filler over the stove) were able to be ironed out along the way, other details such as tile, paint color, and countertops were planned well in advance. The Raney’s also decided to include a microwave cabinet with a lift-up cabinet door to save on counter space and avoid having a microwave that required bending down. Even seemingly small details can make a huge day-to-day difference to a homeowner and the DeRo team is precise and thorough in executing their projects. The Raney’s new space is stunning and unique, designed to meet their exact needs. When asked how it was to work with DeRo Renovations, Tanya noted in particular how awesome Jaxon (DeRo’s Project Manager) was during their renovation. She described him as a “Jaxon of all trades,” and his work to create this space was critical.

The Raney renovation comes just in time for the holiday season, with Christmas decor now adorning their built-in bookshelves in their new living space, the Raney’s are ready to welcome home their family and friends. As they start the newest chapter, they have the perfect home to match- a changing home for a changing family. 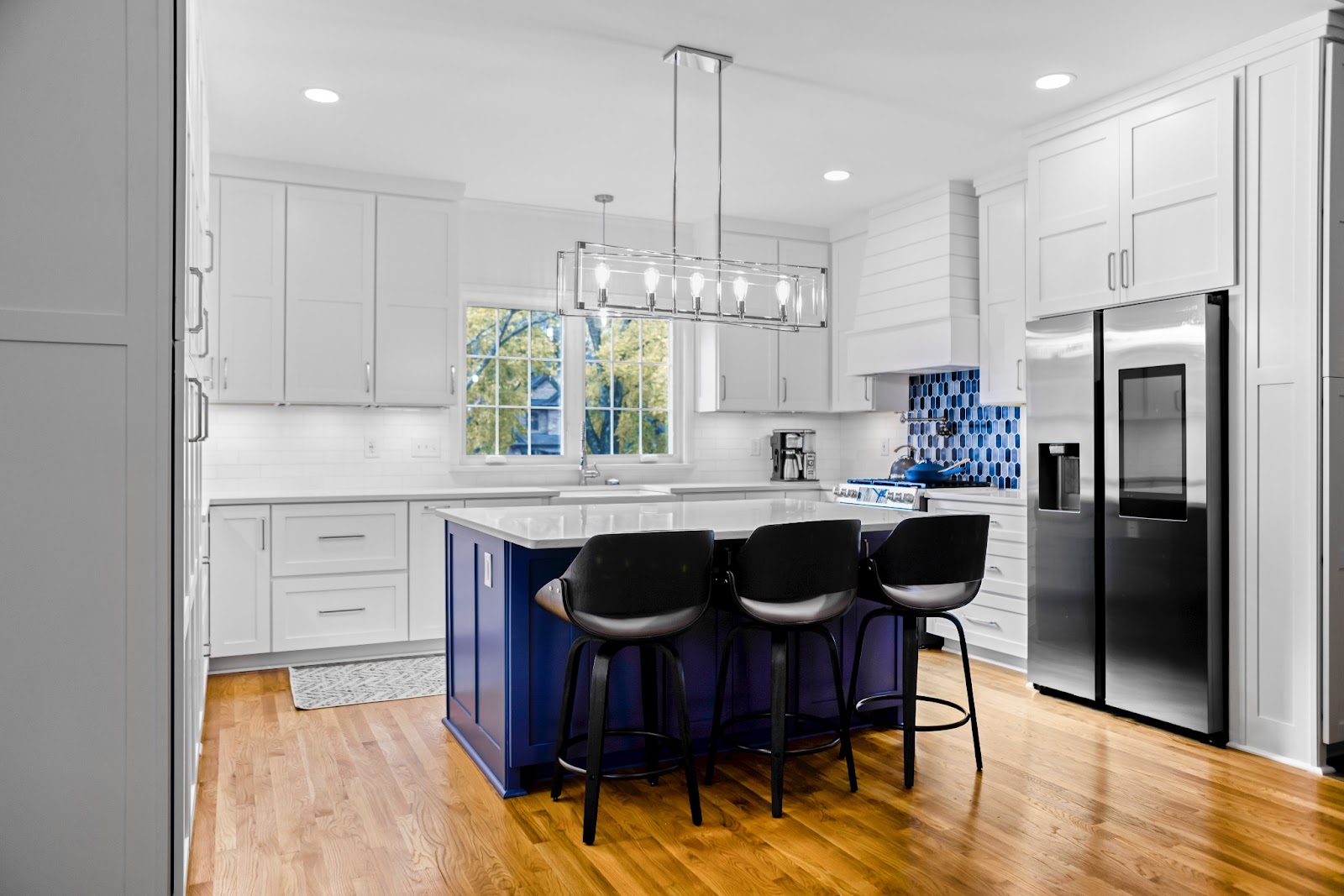 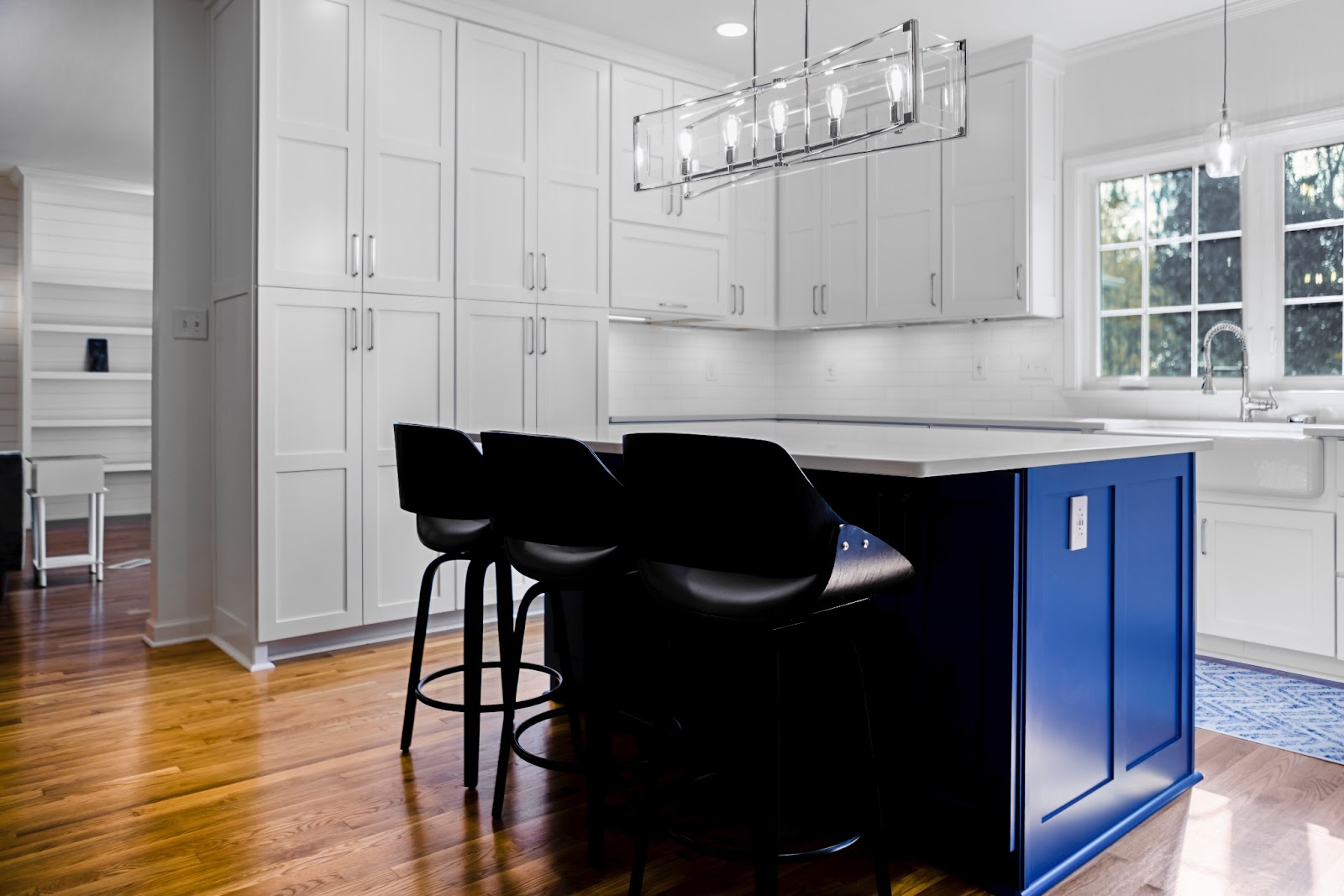 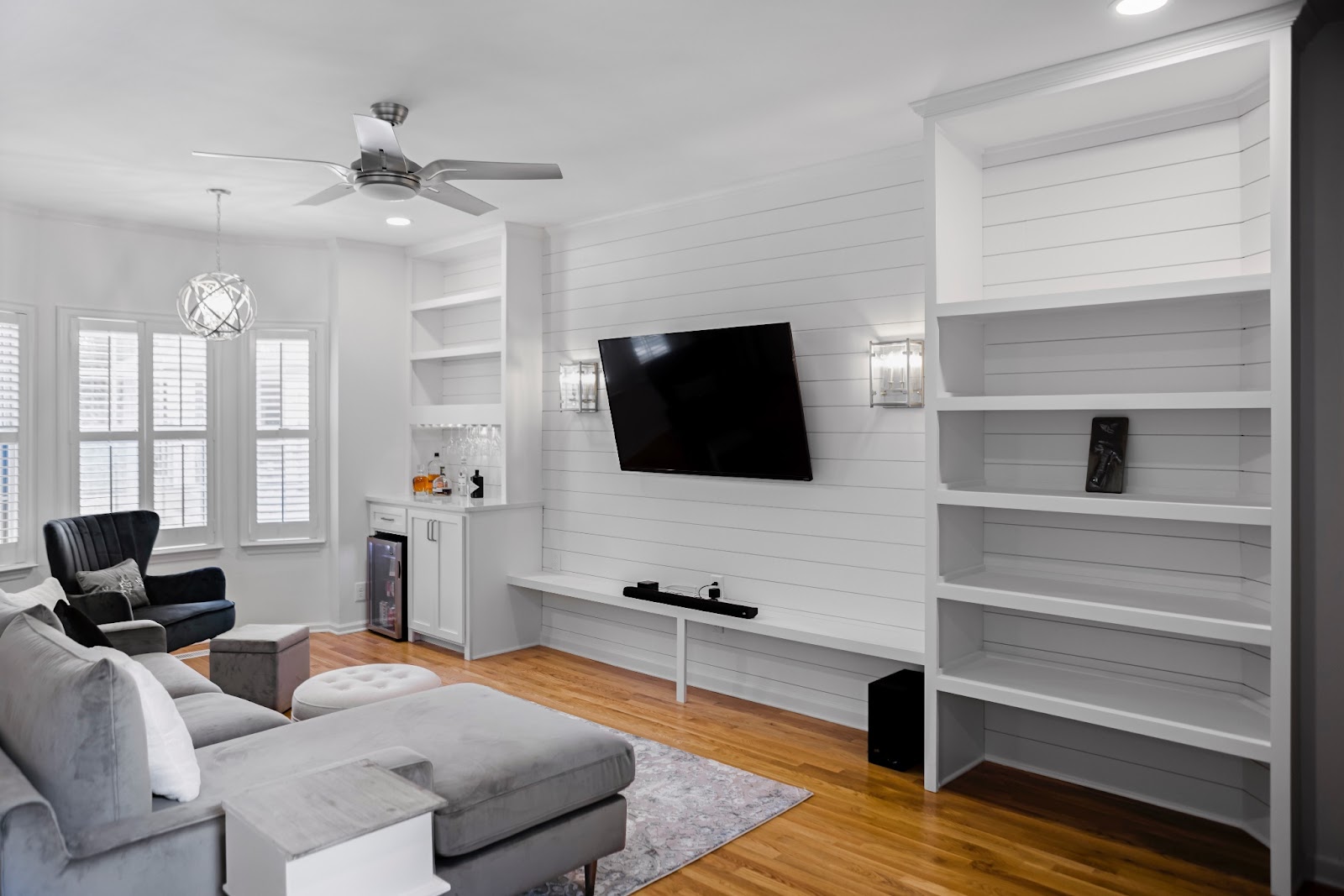 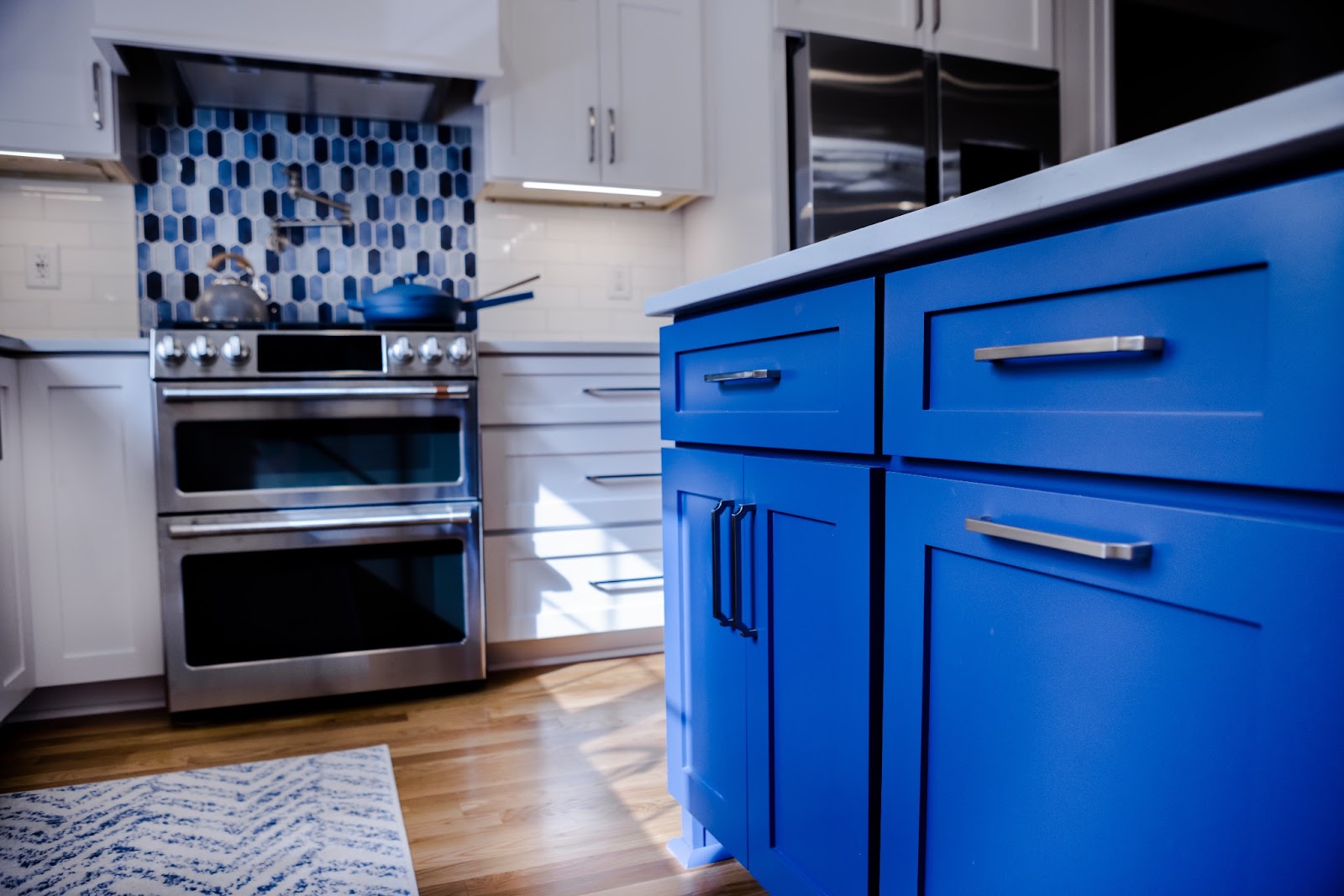 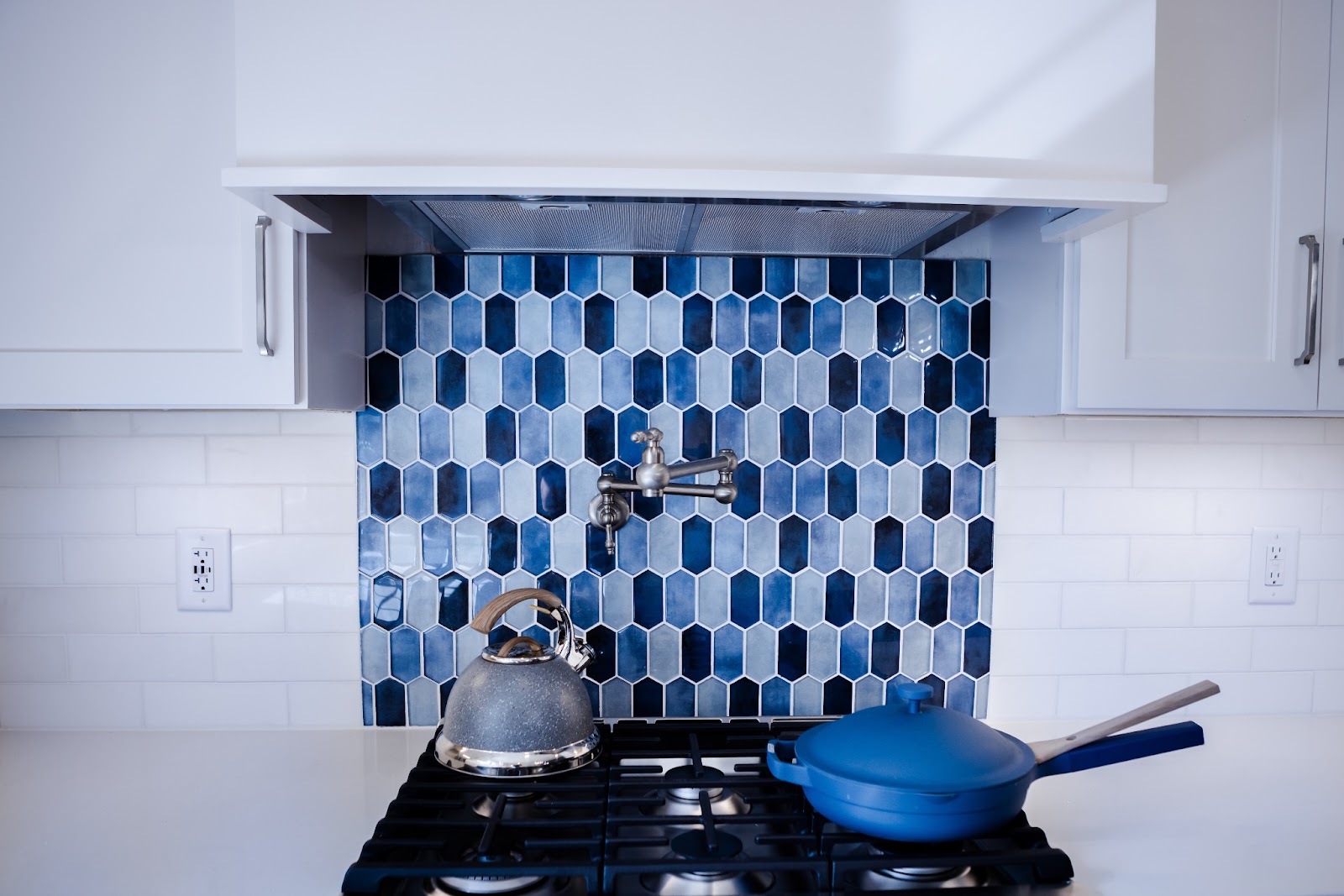